LDN24 from THE LIGHT SURGEONS on Vimeo.

Guest Artist Profile
Christopher Thomas Allen, founder and director of The Light Surgeons has been running the company for 15 years. His favourite form of motion is Live Cinema Performance, although The Light Surgeons work spans film, motion graphics, print, photography, installations, exhibitions and live performance. As well as producing of non-commissioned pieces, they have worked with a broad spectrum of commerical clients and cultural institutions on a wide range of projects.

Which piece of moving image most inspired you to move into this field?
I studied graphic design originally and was initially inspired by the classic title sequences of Saul Bass. While I was at university a friend who was studying sociology showed me the Godfrey Reggio film “Koyaanisqatsi” and that totally altered my view on cinema.

What’s the weirdest thing to have happened to you when making a film?
A lot of my work involves the gathering of documentary interviews with all sorts of members of the general public. I love to get into strange tangential conversations about peoples lives and their personal philosophies that has lead me into countless weird situations discussing everything from the economics’ of chance to time travel and quantum physics.

What is your favourite thing about London?
I was born and bred in London so its in my blood. Both my parents are Londoners too so I feel its very much part of my identity. Last year I created a new installation LDN24 which involved filming observational material all across the city. I like to try and view London in an anthropomorphic way, as an living organism in its own right.

Do you get the opportunity to create your own personal work outside of commissioned or commercial work?
As the creative director of my own production company I have a considerable amount of freedom compared to a lot of people I know who work in moving image. A lot of Light Surgeons projects are artist lead and therefore give us as a group a lot of scope to pursue our own ideas. I’d love to have more time personally to explore my own side projects but running a company is fairly demanding right now. 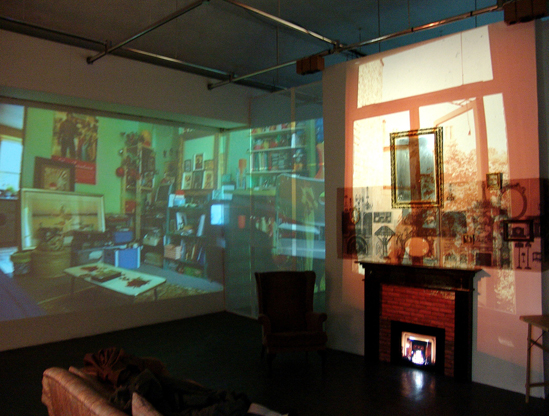