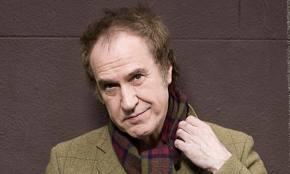 There’s not a lot we can say about Ray Davies that hasn’t already been said other than we’re honoured he’s a part of Word In Motion. One of, if not the, greatest lyricists of his generation Ray’s work evokes a sense of London many have failed to capture. His recent album, See My Friends, and Glastonbury performance in 2010 proved that Ray is still a major force to be reckoned with in popular music. His contribution to our project is a fantastic boost.