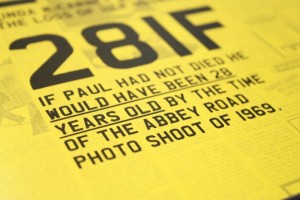 Jonathan McKee is a recent graduate who specialises in graphic design, illustration and animation. His approach to designing for visual communications is simple: ‘creative but conscientious’. Jonathan prefers substance over style, hand drawn over digital and less over more.

At the 2011 D&AD Student Awards, he was awarded a 1st Prize Yellow Pencil in the Animation category by the Walt Disney Company EMEA for his conception of a new cartoon character. He was also exhibited at D&AD’s New Blood exhibition and became part of YCN’s 2011 showcase of inspiring animation graduates. For his work with type, he attained a merited student award from the ‘International Society of Typographic Designers’ as well as membership of the society.

Following his recent attainment of a first class honours degree in Design for Visual Communication, Jonathan went on to participate in the D&AD graduate academy where he was selected as one of their top fifty graduates and awarded a placement with Red Bee Media. Jonathan is always on the lookout for creative opportunities in the UK and around the world, so please feel free to contact him.